CHATHAM – In early January, ‘surprise’ was the word of the day when the votes for ‘favorite county fair’ were counted up in the offices of Capital Region Living Magazine. “The Saratoga County Fair had held the #1 position for many years,” said Vikki Moran, publisher.  “It was totally unexpected when they were replaced with The Columbia County Fair.” 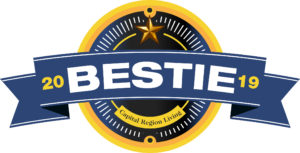 The publication has been running a “Besties” poll for the past 13 years or so.  Readers can write in and register their choices in a number of categories.  “They aren’t given a drop-down list to choose among,” Moran adds, “so the choices are really grass roots.   Since the Columbia County Fair hadn’t even been listed among runners-up in earlier polls, it was all the more surprising that their first appearance was in the top slot.”

Chatham’s county fair, one of the oldest in continuous operation, will be celebrating its 179th year this September when they open their gates.  “We know this is a great institution,” said Dick Alford, President of the Fair. “We try to keep the small town, non-commercial flavor of a country fair but add new and interesting events each year.  Our crew works hard to make it fun for everyone who visits.  It’s nice to know CRLM readers are recognizing our efforts.”  Plans are already well underway for this year’s opening day, set for Wednesday, August 28th.  Platinum recording artist and country radio favorite, Frankie Ballard has already been booked as the Fair headliner.

“We have thousands of readers voting for our Besties,” Moran concluded.  “It’s a great compliment to the Fair that they came out on top.”