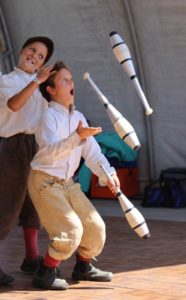 Kids and adults sang, danced and juggled their way into the judges’ hearts on Wednesday, August 31st during the Columbia County Fair’s “Columbia County’s Got Talent” competition.