Come for the Exhibits, Stay for the Music 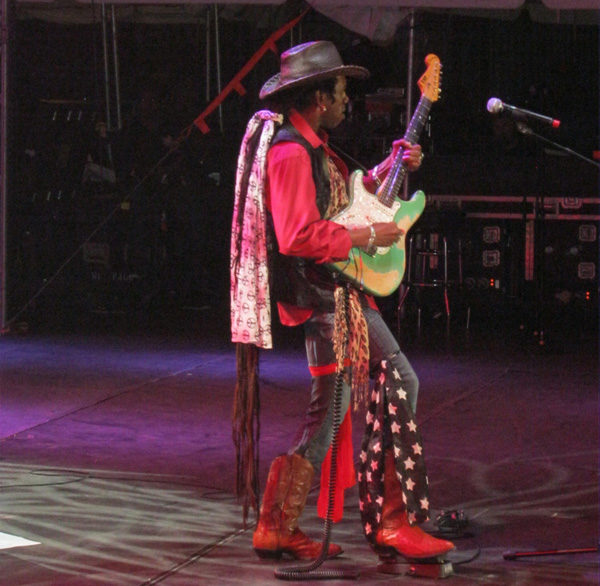 Jamaican born Jimy Graham (Yup, that’s the correct spelling.) will be among the musicians featured at this year’s Columbia County Fair in Chatham, NY. Jimy is heavy into Motown and the currently trending sounds of the Caribbean. Among others he’s recorded and/or toured with Wilson Pickett, Peter Tosh and Grace Jones. The guitarist is just one of several live musical performers appearing free with admission every day at the Fair. For more information go to www.ColumbiaFair.com.

Along with the hurdy-gurdy sound of the carousel, judges describing the winning traits of a well-configured calf, popcorn popping  and the constant background of Fairgoers talking and laughing, there is another sound that can lure folks on the Fairground – music.

Whether a dance band combo, duo or single player, there is always some appealing music being offered up for ticketholders.  At the Columbia County Fair in Chatham, those musicians are carefully selected from both local musicians and those who are “imported”.  They may not live just up the road, but they have wide appeal and are a pleasure to listen to.

In the local category is Jarrod, a band that has recently reunited and will bring their classic rock and country back to the Fair for the second time.  Also local is Grit ‘n’ Whiskey, a Saratoga Springs 6-piece band that plays modern country.  Known for their strong vocals, high-energy and danceable music, they cover Miranda Lambert, Carrie Underwood, Jason Aldean and many more.  The Reverberators, from Albany, are fans of 60s and 70s music and play the Beatles, the Byrds, Creedence and the Eagles.  They describe their music as “a little blues, ballads and rockabilly.”  Side Show Willie hails from Chatham and plays classic rock and dance music.  And the duo of Allen & Azzaam includes standards and even some jazz.  Between the saxophonist and the pianist, they’ve performed with Ella Fitzgerald, Billy Joel and Lou Rawls.

Performances are featured every day throughout the fairgrounds and are free with admission.  With such a cross section of musical genres, performers and styles, fairgoers can find the perfect group to sing along with, or clap to, and dance to.  There’s something for everyone.