Frankie Ballard: Every Song has a Story 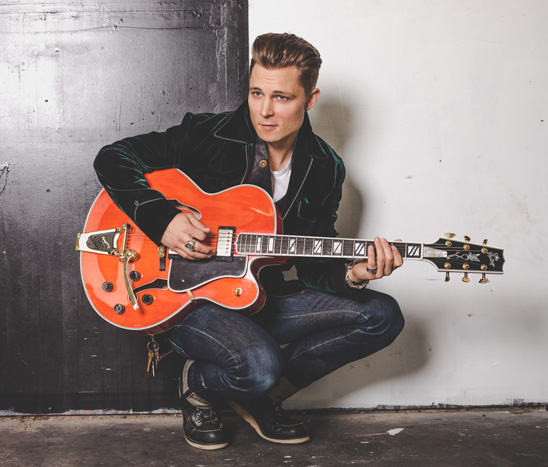 CHATHAM – The Columbia County Fair has landed “one of the most promising up-and-coming artists in country music today” as their headliner.  Frankie Ballard will be appearing on Sunday, September 1st at 7PM on the Mainstage at the Chatham, NY fairgrounds.

The Nashville resident got his start by entering (and winning) Kenny Chesney’s Next Big Star competition in 2008.  That got him a gig opening for Chesney at all Michigan venues, his native state.  It also got him started on the road to becoming a country rock singer and songwriter.  By 2013, Ballard’s second album, Sunshine & Whiskey won him 3 gold records – “Helluva Life”, “Sunshine & Whiskey” and “Young & Crazy”.  –Not a bad trifecta.

“You fall in love with songs as a kid,” Ballard says.  [When I was a kid], “records were playing in every part of my house… even the garage.” His Dad’s favorites became his, too.  “I loved Elvis Presley, Johnny Cash and Jerry Lee Lewis.”  Today he calls them the Holy Trinity of country rock.

Ballard knows his stuff.  Album #2, Sunshine and Whiskey was recorded at Muscle Shoals Recording Studio in Alabama.  Known for the work of legends including Aretha Franklin, Willie Nelson, Levon Helm and the Rolling Stones, his close affiliation with Bob Seger (again, as an opening act) got him in the door.  Ballard’s most recent album, El Rio (named one of the 25 best country albums of 2016 – Rolling Stone) was recorded at the famed Sonic Ranch just south of El Paso.  Known for its collection of over 55 vintage and modern guitars as well as top end vintage recording equipment, Ballard lived there throughout the recording process for this third album.  “There’s rock & roll.  There’s country stories and country lyrics and country songs,” he says.  “And there’s a lot of blues swagger and blues guitar playing.  It’s all those things together.  It’s just my own brand of American music.”

The 179th Columbia County Fair, Route 66 (GPS: 182 Hudson Avenue), Chatham, NY, opens on Wednesday, August 28th at noon and runs through Monday, Labor Day, Sept 2nd.  Admission includes all entertainment and parking.  Daily hours are Wednesday: noon to 11PM, Thursday – Monday 10AM – 11PM. Daily admission is $10.00. Sunday, $15.00.  Children 12 and under are always free.  Thursday, seniors can enter for half price until 4PM and youth under 18 are free until 4PM.  Discounted advance sale ticket information is at www.columbiafair.com or call 518. 392.2121.