The Columbia County Fair’s Got Talent 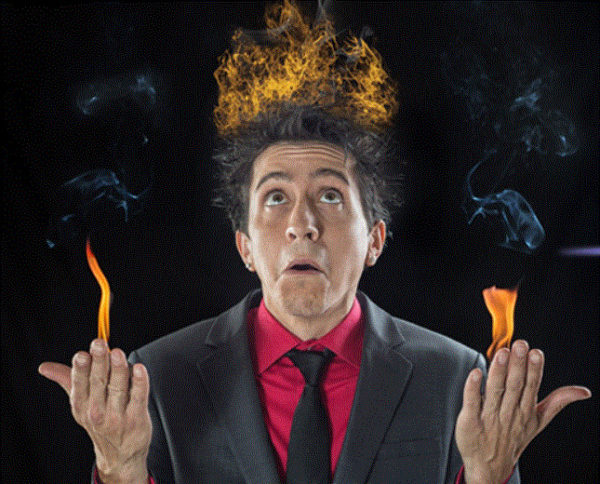 Named “Champion of Magic” by the International Brotherhood of Magicians, Jay Mattioli will be a featured entertainer at The Columbia County Fair Thursday through Monday.

When you hear the words “county fair” you automatically think of livestock, rides and yummy fair food.  There’s another important part of the Columbia County Fair.  Entertainment.  Fairgoers are eager to see exhilarating events like the Demolition Derby, Professional Truck Pull and Championship Rodeo.  They also flock to exciting acts that seldom get seen outside of major arenas.

Booked this season is Jay Mattioli.  He was hailed by the International Brotherhood of Magicians as a “Champion of Magic” and was awarded 1st prize at the Society of American Magicians International Stage Contest of Magic.  Few performers can claim both honors. Mattioli is known as a magic innovator who creates many of his signature tricks.  The Magician will be performing daily from Thursday, Aug. 29th through Monday, Sept. 2nd.

On Sunday, September 1st, local celebrity Moriah Formica will take the Main Stage at 3:00PM for one performance only.  A childhood fan of Aerosmith, she wrote her first song at age 11.  And by the time she was 16, she was ready to take the country by storm.  And, boy, did she!  Her name is now recognized across the nation from her work on NBC’s The Voice and, more recently, American Idol.  These days, she’s touring nationally with the likes of Joan Jett whose sound has been compared to Formica’s.   The Latham native has added some soulful blues to her repertoire – as well as some of her own original songs.

If a night under the stars, listening to country music seems like a perfect ending to a perfect day at the Fair, then claim a seat in the grandstand at 7PM on Sunday, September 1st when Frankie Ballard starts to sing.  The three-time gold record recipient has been called one of the most promising up-and-coming artists in country music.  He began his career by winning Kenny Chesney’s Next Big Star competition in 2008 and shortly thereafter was signed by Reprise records.  Starting in 2014, his album “Sunshine & Whiskey” broke through on country charts and he scored three hits: Helluva Life, Young & Crazy, and the title track, Sunshine & Whiskey.  Since then, when he’s not touring with Lady Antebellum or Sugarland, he’s busy writing.  Big & Rich recorded his song I Came to Git Down.  Pretty good company!